If you're a Ghostbusters fan, there's a good chance that your favorite character is Dr. Peter Venkman. Played with glee in the original 1980s Ghostbusters movies, actor Bill Murray brought the character to live, but only after, the film's writer, changed the role slightly for Murray as actor John Belushi, who was originally to play the role, passed away. What came out of that is movie history, and one of the greatest, and most iconic movies and characters in all of science fiction and comedy movies. Our officially-licensed Venkman Button Up Costume shirt will make your perfect Ghostbusters costume that much more of a reality when you put this one and wear it to your next fun Halloween party.

Very awesome love how the stiching is so real looking 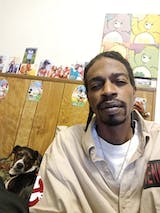 Please save the original packaging and damaged goods and contact us at 1-248-888-7510 or you can email us at sale@tvstoreonline.com.